The battle is on in this game where you build your own potions! Check your ratios to win this mixture mix-off! Ratio Rumble addresses Common Core standards related to ratios and equivalent ratios.

A Gold winner in the 2013 International Serious Play Awards. 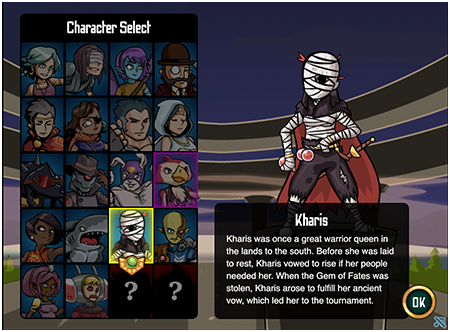 In Ratio Rumble, players choose from among 18 different characters as their avatar in the tournament. 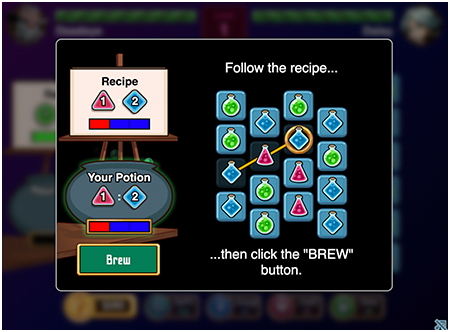 Ratio Rumble is all about the player re-creating each ratio recipe given to them by the game. In this case, the game asks for two blue potions and one red potion. The player used double the original ratio. This is possible because the ratio is still the same even if the quantities are doubled. 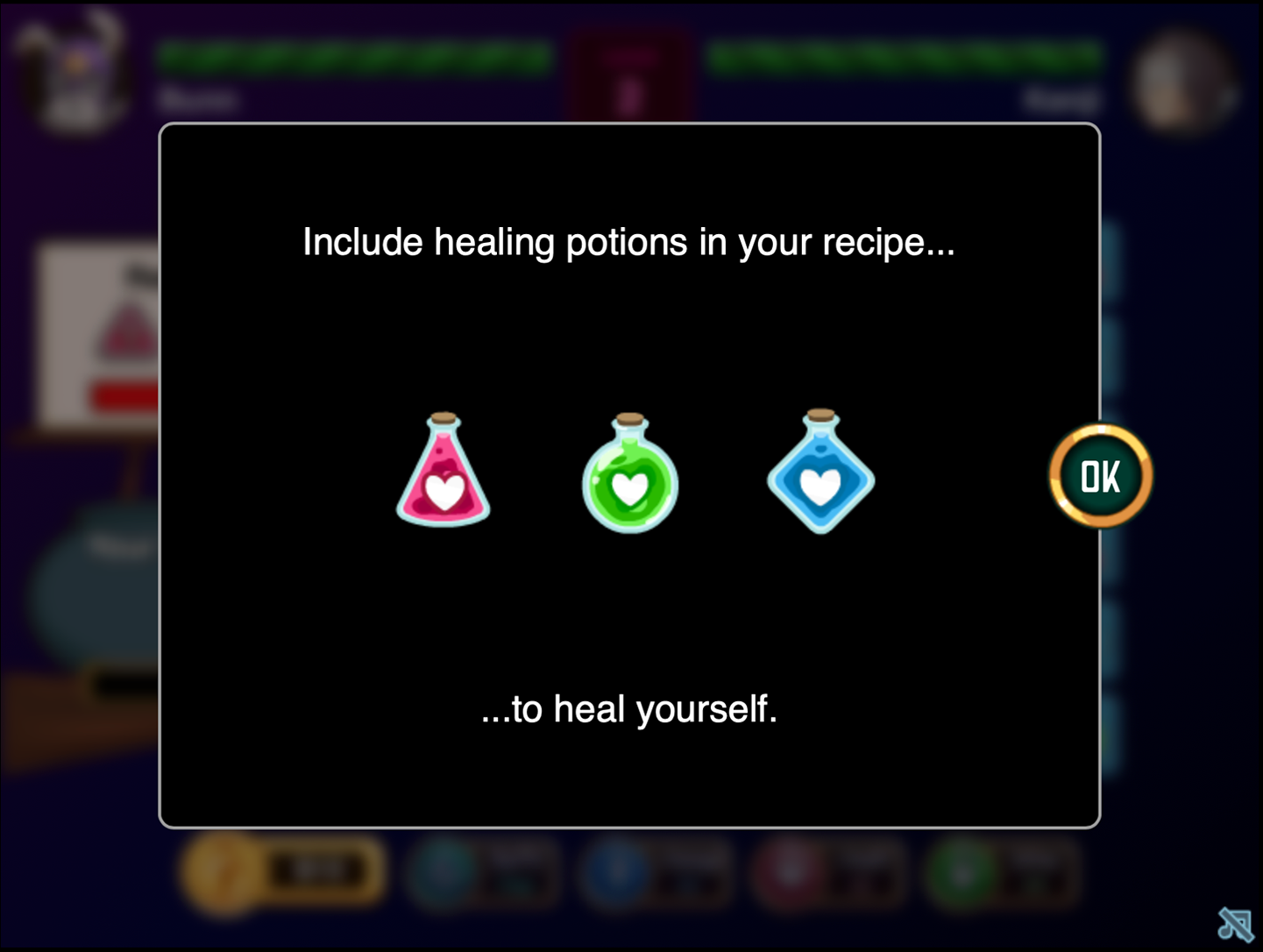 Players can use health potions found on the gameboard to heal their characters. 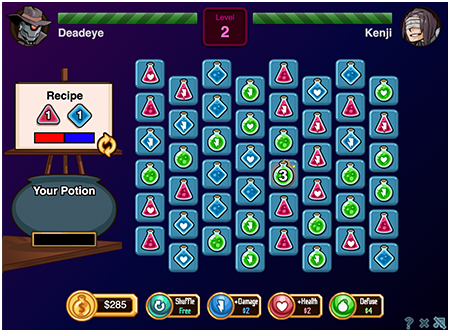 Potions with lightning symbols, when played as part of a ratio, will weaken the opponent. Potions with numbers are time bombs that tick down each turn. It’s important to use these potions in your ratios. If they are not used before they finish their countdown, they explode and weaken the character’s health. 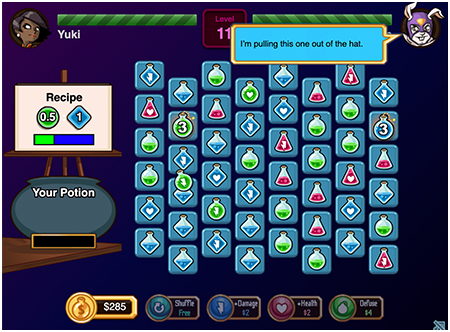 In Ratio Rumble, players learn to create ratios following numerical recipes. Ratios get more complicated as the game progresses and as the player masters new levels of difficulty.